What are the different types of light bulbs? 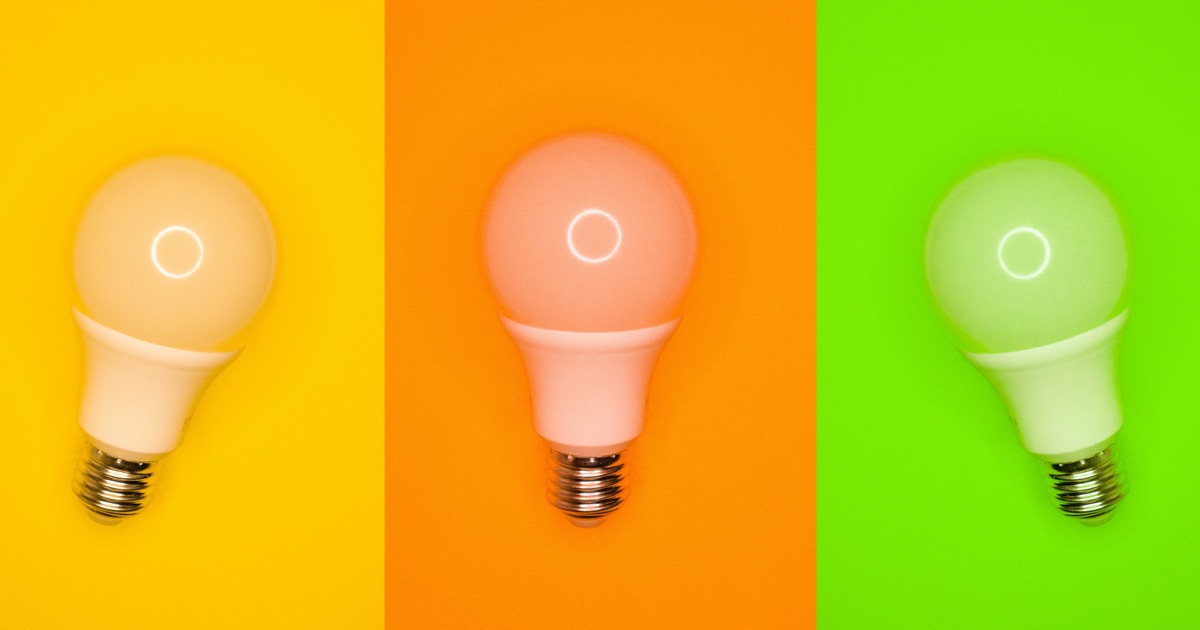 The light bulb market has changed significantly in the past couple of years. New strict regulations decided the end of incandescent light bulbs in favor of more energy-efficient light bulbs with a longer lifespan. In the beginning people were reluctant to switch because they preferred the warmer colors of incandescent light bulbs over the colder colors of the first LEDs/CFLs, but manufacturers are now making more and more of those energy-efficient options in warmer colors. There is a number of new options available and we want to help you find the right ones for your lamps at home.

What are the different types of light bulbs?

LEDs (light-emitting diodes) are one of the most energy-efficient options available today. Their wattage is much lower than that of equally bright incandescent light bulbs and their average life expectancy is 20,000 hours. LEDs are more expensive initially, but their low energy consumption make them the cheaper option quickly. Another advantage of LEDs is that they don’t heat up the room which saves you even more money on AC! Top scoring LED bulb is the with an Enervee Score 97 of 100.

CFLs (compact fluorescent lights) are also very energy-efficient compared to incandescents, but their life expectancy is not a long as that of LEDs. Unless specifically marked, many CFLs cannot be used outdoors, are not able to dim, and take a moment to reach their full brightness. The highest Enervee Score (89 of 100) in the CFL category goes to the Equivalent.

Since standard incandescent light bulbs don’t meet the new energy-efficiency standards any more, halogens have been introduced — basically incandescent bulbs with halogen gas to make them more efficient. Halogens still have the rather short lifespan that traditional incandescent bulbs have, making them inferior to LEDs and CFLs.

Fluorescent bulbs are very energy-efficient, but their initial cost is higher than that of most other light bulbs. A disadvantage of fluorescent bulbs is that frequently switching them on and off will significantly shorten their life expectancy.