The anatomy of an adaptive nudge? How the Enervee Score may work effectively — but differently — depending on political persuasion.

Behavioral nudges may not always have to provide a mental short-cut to be effective — they can also nudge us to take the long way round to make a better decision. And this route can be especially appealing to those consumers who like to retain control of their choices. 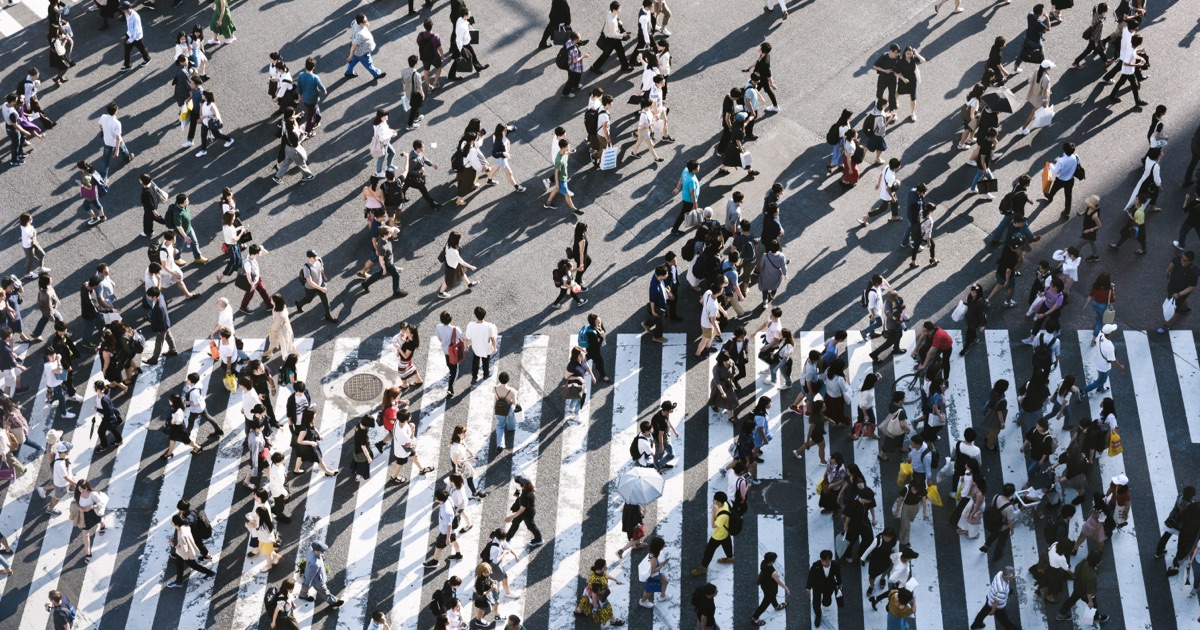 Encouraging us as consumers to save energy as we go about our day-to-day routine is a crucial piece of the wider energy puzzle that we need to solve. Residential energy usage accounts for over 20% of annual emissions in the US. Yet whilst there’s a clear incentive for us as consumers to engage in energy saving behaviors (doing so saves us money), other influences seem to frequently get in the way of these results. And even when many of us claim to hold pro-environmental attitudes, or consider protecting the environment important, such attitudes whither in the face of actual behaviors. This issue is so well established, consumer psychologists refer to it as the ‘attitude behavior gap’.

One route to potentially get round this attitude behavior gap is to avoid attitudes altogether. In other words, rather than try to prime or reform an existing attitude to hopefully elicit the (energy saving) behavior, we can go straight for the behavior itself. This is the basis for the wide body of work on nudges, which have been shown to be highly effective in getting us as consumers en masse to engage in behaviors that deliver welfare to us and society.

This is where Enervee enters the scene. Enervee looks to blend data, design and digital marketing with behavioral science, to lead us as consumers to make more energy efficient choices. The most efficient choices, actually. We’re committed to nudging consumers to be energy-smart in their buying behavior.

But sometimes nudges fail to nudge. Or — arguably worse still — nudges inadvertently nudge in the wrong direction. Research has shown that whilst consumers generally respond well to nudges to save energy (‘how much are you using compared to your neighbours?’), this effect is very much dependent on the make-up of the sample: if the sample is Democrat, the savings effect is seen, but if the sample is Republican, not only is the savings effect not seen, but there’s an increase in energy usage.

One plausible explanation for this misfire is that Republican-leaning consumers may feel the nudge takes away choice; that in being nudged toward one option, others are taken off the table. This isn’t the case, however. A nudge — by definition — does not take choices away from the decision-maker — it simply makes it easier to choose one particular option. This is well illustrated with the concept of default choices (e.g. opting-in to a newsletter on a website): the opt-in choice is easier to make (as it’s the default), but the option not to opt-in is not removed. This is the basis of the term libertarian paternalism that Thaler and Sunstein coin to describe the ideological underpinnings of the behavioral nudge: paternalism in the sense that the decision is made easier through the choice architect pointing the subject toward an optimal choice, and libertarianism in the sense that no choices are taken away from the subject.

And whilst it’s fair to say that the majority of nudges point toward the choice architecture being designed to encourage the easier selection of one option over others (i.e. gently pushing us toward a better choice), it’s also the case that nudges can work the other way. That is to say they can work to reveal the full range of choices available to the decision-maker, where we typically lunge for just one (for example, as a result of habit or cursory engagement with the decision, which leads to peripheral processing of the options). In other words, a nudge in this form is less about pointing toward one option, and more about reminding us that there are many options.

In this capacity, the nudge works by getting us to stop and think again — to be deliberative, where the decision may typically be automatic.

Our recent paper on fluency may be a good example of a ‘think again’ nudge. With the font being difficult to read, the style of presentation of the energy saving information itself acts as a nudge to focus on the decision in hand, and to make a better (energy- and cost-saving) decision. In this case, we could say the nudge is prompting us into thinking more about the choices available, in order to make a better choice.

Knowing that nudges can work both ways, is the answer to getting the Conservative consumer to respond positively to an energy saving behavior prompt, to develop a nudge that allows that consumer to more effectively exercise free choice for a better decision? In other words, to pull more information towards them, rather than be pushed toward a better option?

We’ve already run research that shows the Enervee Score is an effective nudge to encourage consumers to make more efficient product and appliance purchases. With its 0–100 score, it’s a detailed but intuitive tool for consumers to not just buy energy efficient, but to buy the most energy efficient.

We’ve seen this positive Enervee Score effect across multiple product categories and across different buying conditions (e.g. a distressed purchase vs. a planned purchase), so we’re confident it’s a robust and flexible energy-efficient behavior decision aid. But what we haven’t explored is the idea that it’d work equally well for both Democrat and Republican consumer groups.

We’re confident though. We believe it’s a nudge that has the potential to be effective in this context — both in guiding behavior towards a high score (the push), and in revealing the full range of options on the energy efficiency scale (the pull).

The Enervee Score, political ideology and a washer — part I

To test this idea, we re-ran one of our earlier trials which was a choice experiment for a new washing machine. We told consumers they needed to select a new washing machine, and were given access to an experimental version of Enervee's Choice Engine platform, which showed them a selection of possible machines to choose from (all selected from live utility marketplaces in the US). The principle difference from the utility deployments was the removal of the Enervee Score in some conditions. We also removed the Energy Savings information in some conditions. From an experimental design perspective, then, this gave us a 3-way factorial design, with the independent variables being Enervee Score (yes/no), Energy Savings (yes/no) and Political Affiliation (Republican/Democrat), with a dependent variable of the energy efficiency of the chosen washing machine, and a sample, N=240.

The Enervee Score, political ideology and a washer — part II

Do Democrat consumers really feel differently about the environment than Republican consumers? Yes.

Within the design we ran a test to see whether Democrat and Republican consumers for the study did indeed hold contrasting views on the environment and their role and responsibility in its preservation. In other words, did we have a sample with opposing attitudes towards the behaviour we were aiming to elicit (choosing more energy efficient)?

To do this, we used a well-tested, 4-item, pro-environmental attitude scale (Schuhwerk and Lefkoff-Hagius, 1995). The results were very clear: on a 7-point scale, Republican consumers are far less concerned about damage to the environment, the impact of environmental damage on their lifestyle, and their responsibility to moderate their behavior to ameliorate these issues than their Democrat peers (MDem = 5.8 vs. MRep = 4.7, p<.01).

The Enervee Score, political ideology and a washer — part III

And can Republican consumers engage in energy saving buying behavior as much as Democrat consumers? Yes.

The results from the experiment itself make for interesting — and reassuring — reading.

First, we see that in the conditions when the Enervee Score is present on Marketplace, consumers overall make significantly more efficient choices (MNoScore=84.1 v.s MScore=88; F=14.62, p=.000). In other words, the Enervee Score continues to influence preferences.

Second, we saw that there was no significant interaction effect between political orientation and the effect of the Enervee Score (F=.238, p>.1). In other words, political orientation has no significant effect on the power of the Enervee Score to move consumers toward making more efficient purchase choices. and even though the columns are higher for Republican consumers (see below) these differences are not significant.

This is an interesting — and encouraging — result.

Where other nudges have been shown to fail when it comes to delivering energy saving behaviors across such groups, the Enervee Score keeps on delivering.

We don’t have a clear view of why that may be just yet. This particular study was to test our hypothesis that the Enervee Score would work, which it does. But that said, we’d tentatively argue that we’re seeing this effect for the reason we laid out earlier: the Enervee Score acts as a nudge that works for both Democrat and Republican aligned consumers because it’s able to provide both a decision-making shortcut (‘heuristic turned on’, or ‘push’) for some, and more detail and market transparency for others (‘heuristic turned off’, or ‘pull’).

Further tests would be needed to understand if the Enervee Score primes a heuristic for Democrats (in terms of affect toward saving energy) and prompts more deliberative thinking from Republicans (revealing how best to take control of the decision). But in the meantime, the fact remains: the Enervee Score has shown itself to be an effective intervention to deliver better buying preferences from Republican and Democrat consumers alike — two segments which are known to have different dominant choice models and decision making styles. And we should not forget — this is within the highly contentious context of energy saving behavior, and the contrasting attitudes of each group are strikingly clear.

Enervee’s objective is to change the way we all buy, and the company’s ambition is to do this by fusing data science and behavioral science. Knowing that more data does not necessarily lead to a better decision (especially in a consumer context when we’re under time pressure, or simply not inclined to get too involved the decision), we’ve a growing body of evidence that the Enervee Score works highly effectively at moving consumer choices significantly and consistently toward better choices. In this most recent study, we’ve gone further still to see the Score’s effectiveness within a context that has caused other energy saving nudges to falter. Whilst there is more work to be done in terms of teasing out the effects and their boundaries, this represents another pillar in our argument that it is indeed possible to move buying behaviors en masse.