The frustrating rise (and necessary fall) of our ‘efficiency = expensive’ intuition.

Long-held, intuition-driven beliefs can be hard to shake, and their potential to mess-up smarter buying behavior is a worry. In this post, we report on a series of experiments to identify where intuition plays a part in our buying behavior, and how we can switch it off in order to help us all make better choices. 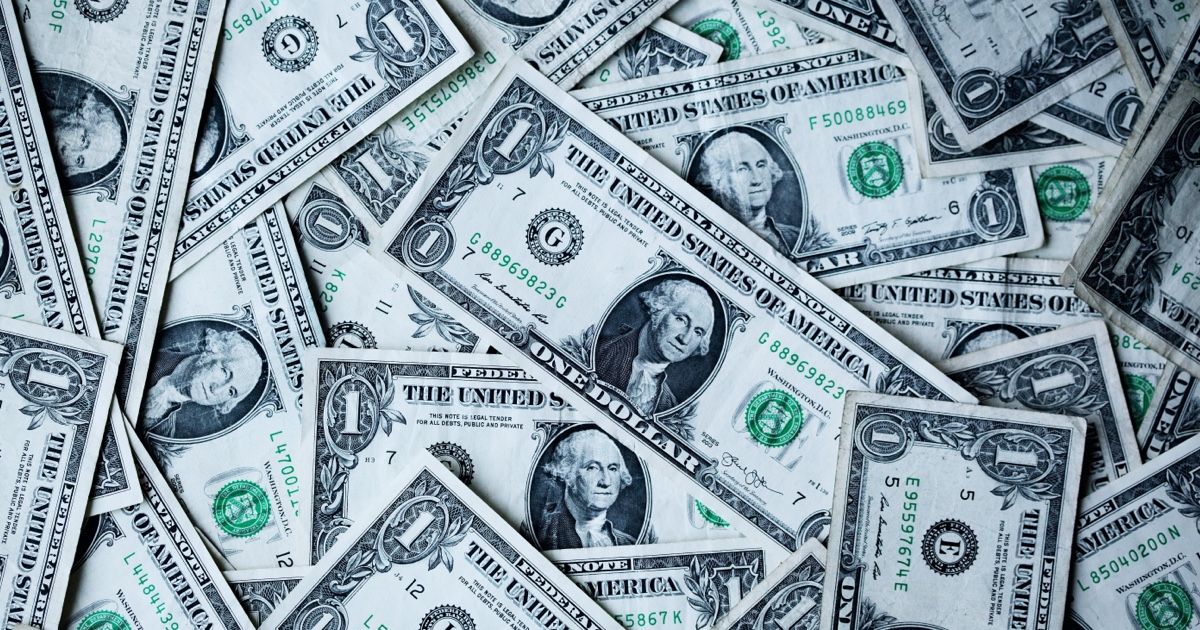 Some things we’re all certain of. Like the Earth revolving round the Sun. And some things we’re all incredibly confident of. Like free-range eggs costing more because of how the hens are kept. But there are also things we are pretty sure are the case, because we just know. We can’t place why we know, or when we first knew. But I’m telling you: we just know. It’s called intuition. We all have it, and we all use it, often to very good effect. In fact Gerd Gigerenzer has written extensively about the power and benefit of intuition, arguing it’s a fantastic by-product of evolution; “My intuition tells me that tiger, which has not eaten for 3 days, may not that friendly, so I’ll pass on giving it a hug. But don’t let me stop you.”

But intuition can have a dark side. Intuition can describe the way we make decisions when crucial information is missing. When key pieces are absent, we rely on intuition to fill in the gaps with what we think is the right piece of information.

In these instances, we rely on a form of intuition called lay theories. Lay theories are common-sense explanations we all use to make sense of what’s going on around us, when key bits of information are missing. Lay theories allow us to extrapolate to make a judgement, and that can include how we decide to choose when operating as a consumer. Lay theories typically establish themselves based in part on our own personal experiences or memories that more easily and consistently come to mind in a particular situations. This is what Amos Tversky and Daniel Khaneman call the availability heuristic, and it describes how we’re inclined to rely on information or experiences that are easier to recall i.e. they are more available to our memory.

A great example is healthy food costing more money. Chances are, you think this. Many of us do. Why does our intuition tell us this? It’s in part because we likely have had direct experiences in the supermarket seeing one single organic apple costing more than a 3-for-2 offer on chocolate biscuits, but also because the media typically tells us so, such as Whole Foods carrying the nick-name Whole Pay Check.

From both sources (personal experience and media coverage), lay theories can take root, and from there, start to influence our decisions — decisions that are typically made heuristically i.e. without detailed deliberation or processing. Why does this matter? Because we think a powerful consumer lay theory exists around energy efficient products and appliances. And it’s as follows:

Stop and think for a moment — energy efficiency and clean energy are often paraded in the media as middle-class topics, suggesting it costs to save energy, or source it more sustainably. Think wood-chip boilers with 20-year pay-back periods. Think solar installations running to tens of thousands of dollar. Think Tesla: the poster-child for the ultimate in efficient travel — with its $120k+ price tag for a car — hammers home the ‘efficiency costs’ association faster than a P100D leaves the lights in a stand-off with a Ferrari Enzo.

Does this matter? Yes, it matters, because if it’s true, then people may be turning their back on more efficient purchases because they intuitively think they’re out of their price-range. And they may well be wrong.

To see if this lay theory around efficiency and price exists, we decided to run a series of experiments, using a customised version of our main product, Enervee Marketplace. We wanted to know if consumers intuitively felt more efficient products would be more expensive. To test this, we create a single product page from Marketplace, with all key elements, except price or any reference to price (see Fig 1. below). Consumers (N=100) were invited to explore what they thought were pages for a new shopping service, and where they could look at a single washing machine profile — including its energy efficiency score (which was explained). The washing machine had its product number altered in order to disguise its true price. In one condition (n=50), the washing machine carried an Energy Score of 100 (highest efficiency) and in the other (n=50), an Energy Score of 51 (the lowest available efficiency).

Consumers were able to look at the machine’s details for as long as they wanted, and were then asked a couple of simple questions:

First, the manipulation was effective — consumers in the low energy score machine condition stated the washing machine was significantly less efficient (MScoreLow = 1.83) than those in the high Energy Score condition (MScoreHigh = 4.94; t=20.58, p=0.000).

The results also support the argument that the consumer lay theory that more efficient appliances cost more is very much at large and influencing perceptions.

With respect to the second question, again the results were consistent. Consumers in the high Energy Score condition priced the washing machine significantly higher than those in the low Energy Score Condition (MScoreHigh = 4.12 vs. MScoreLow = 2.75; t = 9.3, p=0.000), where 1 = ‘purchase price of less than $2oo’, and 7= ‘purchase price of more than $800’.

Whilst these results are statistically significant, i.e. we’re confident we’re seeing the effect of the efficiency-expensive lay theory, some descriptive statistics arguably reveal the effect more vividly. In the high Energy Score condition, more than 2/3 of consumers considered the machine either ‘very’ or ‘extremely expensive’, compared to an average machine. Only 4% of consumers priced it around the same price as an average machine, which, by the way, is where one would expect to see the bulk of the responses, considering there was no objective information to challenge the machine being anything other than average. Not a single consumer priced the machine below the average washing machine price given.

It’s worth remembering, that considering all other aspects of the machine across the conditions were the same (brand, stated features, photography etc), the variation we see in price estimates is solely down to consumers relying on their established lay theory that more efficient appliances simply cost more.

This result is important— it lends considerable support to the argument that consumers are making decisions about whether the affordability of energy efficient products based on incorrect assumptions, which in turn suggests consumers could be rejecting more efficient purchase options because they don’t think they can afford them.

Whilst there is a sizeable body of research that identifies the effects of similar lay theories (such as healthy = expensive, or expensive = quality), there aren’t studies that we’re aware of that have focused on understanding if a specific lay theory is bi-directional. In other words, in the case of a lay theory that proposes two specific attributes are linked (in our case, energy efficiency and price), if either of the attributes is missing, does it result in the remaining attribute determining the perception of the other?

We’ve already seen that omitting price leads consumers to intuitively allocate a higher price to more efficient machines, but do consumers, when presented with a higher priced appliance, apply the same intuition in reverse, and see that appliance as more energy efficient?

We ran the same study again (with the same washing machine, for consistency) but this time removed the Energy Score, and included a purchase price instead. In one condition, the washing machine was priced at $1274, and in the other, $398 (these prices were selected based on machines currently for sale in the US across several of our ‘live’ utility marketplaces).

Again, the manipulation check worked, with consumers in the high price condition recording the price as significantly higher (MHighPrice = 4.82) than those in the low price condition (MLowPrice = 2.68; t = 22.45, p=0.000).

As expected, the ‘efficiency-expensive’ lay theory kicked-in again and steered perceptions in this price-led situation also. Consumers who saw the higher price estimated the Energy Score to be significantly higher (MPriceHigh= 5.3) than those who saw the lower price (MPriceLow = 3.8; t=7.4, p=o.ooo). On the second question, we saw a similar result again: when the price of the washing machine was high, consumers gave it an Energy Score that was significantly higher (MPriceHigh = 4.1) than when the price was low (MPriceLow= 2.9, t=7.45, p=0.000).

Time for the lay theory to be laid to rest?

These results support the argument that consumers still carry around a strong lay theory when it comes to energy efficiency and affordability. To reiterate, there was nothing in these studies that could have influenced perceptions of price and efficiency, other than efficiency and price. The lay theory is creating a decision bias, and is doing so bi-directionally.

For this reason, it’s vital that those trying to entice consumers into making more efficient choices make a solid attempt at trying to disable or challenge this lay theory. This is exactly what Enervee attempts to do with its product card format (see Fig. 2.).

To test this, we ran a fresh experiment, with the same washing machine, but where we added the price worthiness cue to the experience. This gave us a 2 (Energy Score — high/low) x 2 (Price worthiness — high/low) design. Once again we invited consumers (N=200) to explore what they thought was as new shopping site.

As anticipated, when the Price Worthiness signal constant and is incorporated next to the Energy Score, there is no significant difference in perceptions of the washing machine’s relative price, or an estimate of its price, even when the machine’s Energy Score varies from high to low (100 vs 51; p>.1). In other words, it would appear the Price Worthiness feature is effective at turning-off, or over-riding the lay theory.

This in turn is strong support for the design of the card system on Enervee’s Marketplace; two of the three pieces of information on the card (the Enervee Score, and Price Worthiness) have been shown to be instrumental in shaping consumer perceptions and decisions — and in the right direction.

A question remains, though. Considering lay theories are known to be used in a heuristics-based decision style, if a lay theory is then over-riden, what does that then do to the way we make the resultant decision?

In other words, without a lay theory ‘guiding’ us, do we continue to process our decision heuristically, or do we switch to a more deliberative or systematic processing style?

To address this question, we’ve looked specifically at the third piece of information presented on the Enervee Marketplace cards: reviews. That study and its results will be published over the next couple of weeks.